Open-air theatre in the spectacular surroundings of Chepstow Caste can be a magical experience. The walls, that are themselves steeped in history, echo poetic words, gales of laughter and thunderous applause to some of the best open-air touring companies in Britain.

The July events start with THE EMPERORS NEW CLOTHES, this is the second production suitable for children of all ages up to 90! THE EMPERORS NEW CLOTHES is based on the timeless Hans Christian Andersen story. Illyria first performed this show in 2000 when it was Critic’s choice at the Edinburgh Fringe festival and attracted multiple 5-star reviews on a sellout UK tour. The Emperor is a lovely man, but he’s not the best judge of character, and is often surrounded by idiots. All will be revealed in Illyria’s cheekiest ever show! [NB – there is NO nudity in the production. Although one of the actors may be a little chilly…]

Next RAIN OR SHINE bring you Shakespeare’s cross-gartered and hilarious cross-dressing comedy…TWELFTH NIGHTI would how to send it to you “What country, friends, is this?” Have you ever found yourself in a strange place, surrounded by strange people, taking extraordinary measures to find your way? That’s the situation Viola finds herself in when, shipwrecked and separated from her brother, she sets foot upon Illyria’s sandy shore. Lost and alone, she disguises herself as a man and sets forth. Before long, chaos ensues as mistaken identity, love, pride and alcohol set a host of much loved characters on a series of hilarious adventures. Hopeless romantics, drunken knights, a pompous steward and fools galore abound in one of Mr. William Shakespeare’s most celebrated comedies. “If music be the food of love, play on!”

Although she never wrote them as plays Jane Austen’s novels are increasingly performed, filmed and televised with PRIDE AND PREJUDICE being the most popular. In a social whirlwind of balls, dinners and very eligible officers, Lizzy Bennet and Fitzwilliam Darcy stand alone as the only sane people – and they hate each other! Or do they? Can she see beyond his pride, and can he overcome her prejudice, in order to achieve their mutual happiness?
The irrepressible ILLYRIA sharpen their claws to bring you Jane Austen at her vibrant, pacy, forthright, bitchy best! 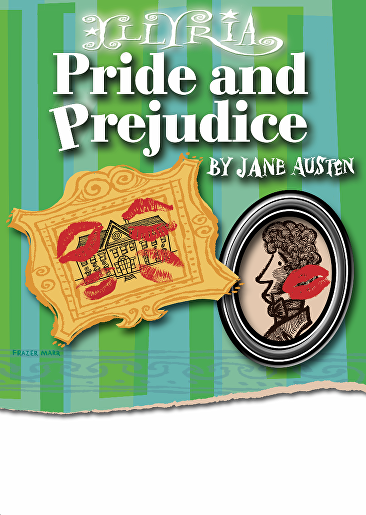 And in a treat for Jane Austen fans HEARTBREAK’S production of NORTHANGER ABBEY follows closely behind. the tale of an ordinary young lady whisked away from her ordinary village home to make her entrance into society in Bath. Faux friendships and real romances together with social commentary and gentle humour are skilfully threaded through this English classic.

Then back to the bard with HEARTBREAK’S TAMING OF THE SHREW. A controversial yet tender story of sexual politics, Shakespeare’s unconventional love story focuses on the electric battle between Petruchio and Kate. Brought to life with Heartbreak’s hallmark elements of live music, humour, and audience interaction, this outdoor adaptation explores how two people come to know each other and understand what is needed to create the “perfect” marriage.
The same company bring us THE SECRET GARDEN The timeless children’s classic by Frances Hodges Burnett is the perfect family outing this summer. The sour Mary Lennox, orphaned in India and sent to live with her uncle on his estate on the North York Moors, is finding her feet in a new place. Her stubborn curiosity leads her down a garden path to a locked door, overgrown and forgotten. Behind the door the secret garden holds the restorative magic that will bring hope and kindness back into Mary’s heart and form lifelong friendships that cross social divides.

THE PANTALOONS are away with the fairies…
The critically-acclaimed Pantaloons Theatre Company are touring the UK this summer with their hilarious open-air production of A MIDSUMMER NIGHT’S DREAM, performed in their own distinctive and anarchic style. Midsummer night. An enchanted forest. Puck and his musical fairy band tell a timeless comic tale of lovers, mechanicals, and magical mayhem. With a cast of just five talented actor-musicians playing all the roles, audiences can expect plenty of quick-changes and larger-than-life characters. This is the Bard done right: by making the clowns an integral part of the show, The Pantaloons bring a genuinely traditional element back to Shakespeare’s work, making it accessible to people of all ages without dumbing down.

ILLYRIA’S performances of Gilbert and Sullivan are now Legendary. Half a dozen brilliant performers and a musical director with a piano (who occasionally does a bit of acting) but in a show that convinces you that it has a cast of dozens and a full orchestra! In the Mikado, in the town of Titipu, flirting has been made illegal. The penalty, by order of THE MIKADO, is death. But what would happen if anyone should dare to tell the Mikado that an execution had taken place when in fact it hadn’t…? Gilbert & Sullivan’s wry satire of the way lies can be twisted into truths is more blisteringly relevant than perhaps ever before! ILLYRIA returns with yet another summer opera to leave a smile on your face and a song in your heart.

The final production of special anniversary theatre season is THE LOST WORLD by Sir Arthur Colin Doyle. Four intrepid explorers travel to an uncharted plateau in South America and encounter living dinosaurs! But what evidence can they produce to prove that these creatures actually exist? Unless, of course, they bring live specimens back to London. What could possibly go wrong? ILLYRIA promises prehistoric thrills, monster laughs and life-size dinosaurs in the must-see show of the summer!

Tickets for all the productions are available from Chepstow Museum, Tel. 01291 625981 with credit or debit card. It’s cheaper to buy tickets in advance and with the canopy to cover the audience you don’t have to worry about it raining. Please bring low backed folding chairs and warm clothing and blankets, picnics are welcome we just ask you to open the champagne quietly!