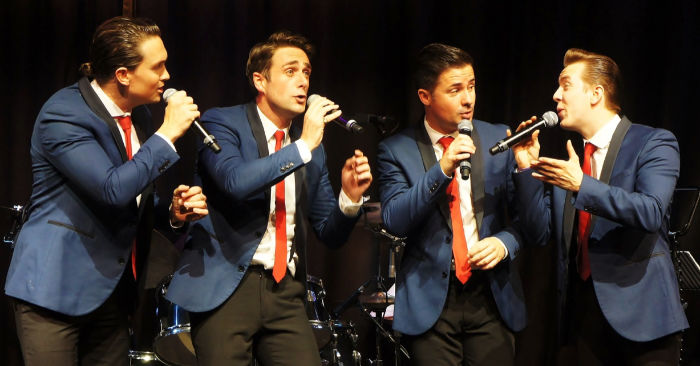 Who would have ever thought that a small secluded town on the edge of Wales would host a show that many city centre venues would envy, let alone twelve of them! August 2019 sees “Castell Roc Festival” which is held inside Chepstow’s enchanting castle, leading the way with its stunning series of summer evening shows. All magically wrapped up within its stunning castle walls.

Attracted by the wonderfully varied line-ups, relaxed and intimate atmosphere (and of course a stunning castle),  fans flock from all over the UK plus Europe, Canada, USA & even Australia. The Festival is a ‘perfect sum of its parts’, offering great entertainment, big stage/sound and lighting, an undisputed world-class venue, a variety of great food, proper coffee and bar selling everything from real ales and local ciders as well as wines & spirits. This adds up to a fantastic relaxed concert experience like no other.

The Festival has pleasure in announcing the first ten shows, with the final two shows awaiting paperwork before announcement. So, who can you see performing inside a real Welsh Castle at Chepstow?

8th of August 2019 is “Legends Of Roc”, featuring not one but three of the finest UK tributes to ‘The Police & Sting’, Dire Straits & U2 performed meticulously by ‘Police Sycronicity’, ‘Dire Straits UK’ and ‘U2UK’.

9th August – To be announced

10th August is the “80s vs 90s Extravaganza”, promising a retro Party with a huge feel good factor. Some of the biggest Artists from that era combine with visuals and support from retro DJ’s. The first two Artistes to be named are Spandau Ballets Martin Kemp, plus S Club 3 with many more to follow. Fancy dress is encouraged with prizes given out on the night by the actual artists.

11th August is the theatrical masterpiece ‘Big Girls Don’t Cry’ showcasing the amazingly talented Frankie Valli & The Four Seasons. The East Coast Boys with a full live band will be will be authentically recreating Sherry, December 1963 (Oh What a Night), Walk Like a Man, Big Girls Don’t Cry, Grease, Let’s Hang On, Working My Way Back to You, I’ve Got You Under My Skin and many more.

16th August – To be announced

17th August is an absolute must for all lovers of Country Music, when “A Country Night in Nashville” rolls into Town recreating the scene of a buzzing Honky Tonk in downtown Nashville and perfectly capturing the energy and atmosphere of an evening in the home of country music. Featuring songs from its biggest stars both past and present.

18th August, direct from London’s West End is the one and only “Abba Mania”. With over 3,000 shows in 30 Countries Worldwide, to over 3 million people, Abba Mania are quite simply the very best.

Thursday 22nd August is a night for the lovers of reggae and ska with the totally infectious and hyper-cool ‘Dualers’, supported by The Navarones. The nine-piece Jamaican Rhythm & Blues band from South-East London had a superb sell-out show in 2018. The Festival was inundated with fan requests to bring them back, so they have!

Friday 23rd August is a chance to see two full shows for the price of one, firstly with ‘Fleetwood Bac’ the world’s first and best Fleetwood Mac Tribute Band endorsed by Big Daddy himself, Mick Fleetwood. Rounding off the night meticulously is ‘The Bohemians’ with a high energy, roller coaster ride featuring the back catalogue of one of the world’s most popular and iconic rock acts of all time, Queen.

24th August sees firm Festival favourites REEF hit the big stage. If you want to see an iconic band in an iconic venue then this show is for you. With a superb new Album in ‘Revelation’ as well as all the favourite songs including ‘Place Your Hands’, this will be a night to remember.

25th August is a chance to see ‘The King at The Castle’. Performed by the incredible Ben  Portsmouth – he  looks like Elvis, sings like Elvis and has an on stage charisma that has audiences believing at times they were watching the King himself. Ben made history winning “Ultimate Elvis Tribute Artist Contest” which took place in Memphis, crowning Ben as the very best. Fans from all over the world declare Ben Portsmouth as the closest they have ever seen to Elvis Presley. Ben will show audiences why he is regarded as the best in the business.

Tickets are strictly limited for all shows and are currently being discounted, all shows generally sell-out early. Tickets are available to purchase from the Festival Box Office at Hannahs Music, Chepstow (01291 627122) or online via www.castellroc.co.uk which is worthy of checking out as it has loads of information including footage of previous shows highlighting what the fans (as well as the Artiste’s) love about this magical Festival (and what you have been missing).