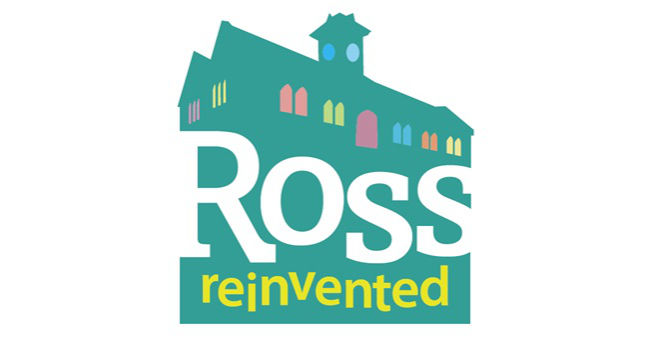 ‘Ross Reinvented’ happens over the weekend of 15th-17th of March 2019. The festival opens on Friday with a soul party to remember featuring great live band – ‘THE MIGHTY PLEDGE’. Saturday sees the arrival of ‘THE ORCHESTRA OF THE SWAN’ – a classical treat for the ears. ‘Kids Sunday’ features the brilliant puppets of ‘NOISY OYSTER’ in a Circus show not to be missed. There will also be performances of ‘Hush Now, Hidden Women’ in the town centre on Saturday.

We end the festival on Sunday afternoon with the launch of our fantastic virtual reality project:- The reinstatement of John Kyrle’s Fountain up on the Prospect -and the first stage of what we hope will be an ongoing Ross wide project, the ‘Museum Without Walls’.

Full details and links to ticket purchase can be found below, or at www.createross.co.uk
-or go direct to www.ticketsource.co.uk/createross

THE MIGHTY PLEDGE
Get your dancing shoes out!!! ‘The Mighty Pledge’ have rightly become legends of the hugely successful Monmouth Festival. Formed in 1990, by a group of musicians with a shared love of 60’s Soul music to perform a single one-off gig at the Festival, the band finds itself today still going strong, still in demand and still pleasing audiences of all ages with their interpretation of the music from that classic period. We’re delighted this fabulous soul band will be kicking off our Festival weekend in their own inimitable style. Ticket price covers entry and supper during interval. This will be a really fun evening …

ORCHESTRA OF THE SWAN

Orchestra of the Swan has its home at the Stratford Playhouse in Shakespeare’s Stratford-upon-Avon and is Resident Orchestra at the Royal Birmingham Conservatoire and The Courtyard, Hereford. OOTS gives over 45 concerts annually, has toured to China, Istanbul, Mexico and New York, and toured the UK with ‘Steve Harley & Cockney Rebel’ and ‘James’, with sell-out performances at London’s Albert Hall. Associate Artists for our 2018-19 season are New York based ‘trans-classical’ composers Lucia Caruso and Pedro da Silva.

NOISY OYSTER
Ladies and gentlemen, boys and girls … the Circus has come to town! Come and be amazed by aerial acrobatics on the flying trapeze, spectacular cycling stunts, trampolining ups and downs, and laugh at the antics of the cheeky clowns, one of whom takes the joke that bit too far – with disastrous consequences! The DaSilva marionette circus troupe has been delighting audiences of all ages, around the world, for almost half a century. Each of the one third life-size marionettes has been individually crafted to perform its own feat of dazzling dexterity, on the big top stage. This traditional family show, now in its second generation, has been brought right up to date with all the thrills and spills of a real-life circus.