Tickets will be available via the Festival Box Office at The Courtyard,

Hereford: 01432 340555 or online at www.borderlinesfilmfestival.org

Borderlines Film Festival will explore new territory in its 14th edition as it showcases a Romani Cinema strand, backed by the BFI. Romani writers/filmmakers have selected three films, never before shown in this country, that reveal Gypsy life and culture from the inside. The films are Gypsy (dir. Martin Sulik, Slovakia, 2011), an insightful and entertaining portrait of the harsh life in a Roma Gypsy village from the point of view of a 14-year-old boy, Jimmy Rivière (dir. Teddy Lussi-Modeste, France, 2011) about a young boxer torn between his own path and that of his Pentecostal Gypsy community (resonances of the controversial but charismatic Romani heavyweight champion Tyson Fury), and Green Green Grass Beneath – Ceija Stojka (dir. Karin Berger, Austria, 2005), a powerful documentary in which the Austrian Roma artist relates a passionate account of her own survival as a child in Nazi death camps and her life since.

Newland will introduce the films in this strand, with a Q&A to follow. The panel will make a further selection of films to screen at the Appleby Horse Fair (http://www.applebyfair.org), the traditional annual gathering of Gypsies and Travellers that takes place in Cumbria in the first week of June.

Says Jane Jackson, Borderlines Chair, who initiated and has led this project: 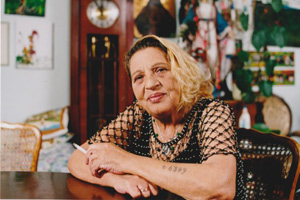 “We’ll be working with Hereford-based Travellers’ Times (www.travellerstimes.org.uk) at the Rural Media Company to investigate how Romani people watch films, and what they choose to watch. We want to explore their views of how they are currently represented in film This is something that has simply never been looked into before.”

For the second year running, Borderlines will be running the Festival of British Cinema at Hay-on-Wye, this year as part of its closing weekend. Over three days, this event will comprise 30 screenings, offering some of the best new British independent cinema releases, including Ben Wheatley’s High-Rise from the novel by J.G. Ballard, starring Tom Hiddleston, Jeremy Irons, Sienna Miller and Elisabeth Moss. This year’s programme has a distinctly Scottish flavour with new releases Sunset Song, Hector and Iona, alongside reappraised classics and documentaries. The astounding Picturehouse Mobile Cinema, a 55 foot, 32 ton articulated lorry that transforms into a pop-up screening venue equipped with the latest technology and plush seating for 100, will park up in the town centre for two days of screenings.

Borderlines continues to hold its own as the fourth biggest film festival in England in terms of scale and attendance figures, determinedly rural and expansive where larger festivals (London, Leeds and the East End Film Festivals) are metropolitan and centred. It screens in 30 locations across four counties, Herefordshire, Shropshire, Powys and Worcestershire, within the isolated, unspoilt and scenic Welsh Marches. 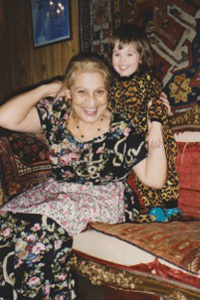 In 2016 Borderlines and the Festival of British Cinema combined will feature in the region of 100 films and events in 230 screenings over 17 days. Venues range from a contemporary steel and glass arts centre to a Victorian chapel converted into a community cinema, a 100-seater state-of-the-art mobile cinema, a 48-seat boutique cinema appended to a bookshop, two nineteenth century assembly rooms and numerous village halls and community centres.

Both Borderlines itself and the Festival of British Cinema will show an ever-increasing number of previews, titles shown in advance of their UK release, thanks to the continuing input of their Independent Cinema Office programmers David Sin and Jonny Courtney. From a total of 18 previews last year, the tally is likely to rise to well over 20 and includes Mustang, the French submission for Academy Award for best foreign language film. It’s the first feature by woman director Deniz Gamze Erguven, and tells the story of five precocious sisters growing into adulthood in a rural Turkish village.

Fittingly for a film festival that is audience rather than industry orientated the programme has remarkable breadth, from Oscar-tipped movies like Spotlight, The Hateful Eight, The Revenant, Trumbo and Suffragette to Lamb, the debut feature of Ethiopian director Yared Zeleke. Rural film-goers respond with enthusiasm to the diversity of choice and screenings for previews and world cinema titles are often far better attended than they would be in a London independent cinema.

Highlights for Borderlines 2016 at The Courtyard in Hereford have a Russian slant with a comprehensive retrospective of the work of visionary Russian director, Andrei Tarkovsky, acknowledged as one of the most inspirational masters of cinema, alongside a screening of the second part of Soviet filmmaker Alexander Dovzhenko’s ‘Ukraine’ trilogy. Arsenal with live score by Bronnt Industries Kapital ‘wowed the socks off’ the audience at this year’s British Silent Film Festival. The Incredibly Strange Film Band will provide another film music event when they perform soundtracks from the 1960s to the present day in the magnificent 17th century tithe barn at Lyde Court on the outskirts of Hereford. 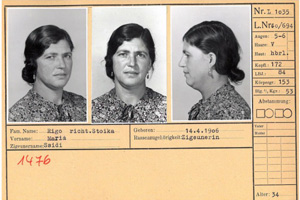 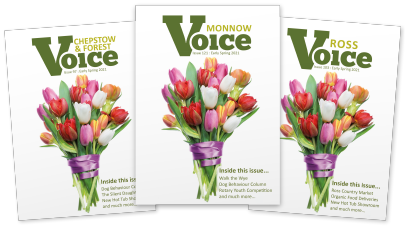